Sponsor your Spouse or Partner for Canadian Immigration

Find out if you qualify for Family Sponsorship

Sponsor your Spouse or Partner for Canadian Immigration

Find out if you qualify for Family Sponsorship

The person sponsored for Permanent Residence must be at least 18 years old and qualify under one of the following three categories:

The sponsor and the sponsored person are legally married. This means that the marriage is recognized under Canadian law and is valid under the laws of the country where the wedding took place.

The sponsor and the sponsored person have been living together in a conjugal relationship continuously for a period of at least one year.

Canada recognizes same-sex marriage. Same-sex partners may be eligible to apply under any of the three categories above, provided that they meet all eligibility requirements.

In all cases applicants have to prove that their relationship is genuine. Sponsors who have come to Canada themselves as a spouse/partner are barred from sponsoring a new spouse/partner in turn, for a period of five years after receiving permanent residence. Dependent children of the spouse/partner can be included in the sponsorship application.

When spouses or partners are already together in Canada, and the sponsored spouse/partner has valid Temporary Resident status, the application can be submitted from within Canada. A big advantage of inland sponsorship is that the sponsored person may be eligible for an Open Work Permit while the sponsorship application is being processed.

How to be a Sponsor

Contact us for more information on spousal and common-law sponsorship.

To find out if you are eligible for Canadian immigration through family sponsorship, fill out a free assessment today. 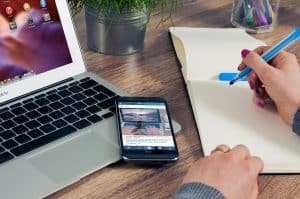 Find out if you qualify for Canadian Immigration

Speak with an expert and create your Immigration Action Plan